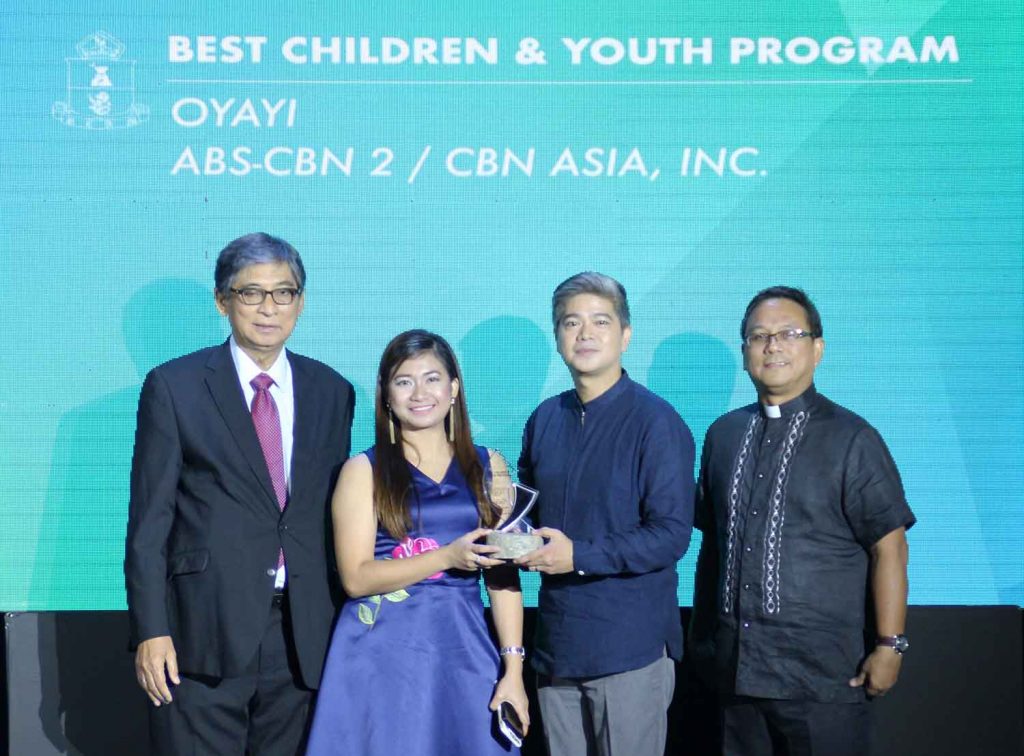 Produced in partnership with the National Council for Children’s Television (NCCT), Oyayi is committed to promote timeless lessons about love for the family, appreciation of culture and arts, and preservation of the environment.

“This CMMA award encourages us to continue in our desire to produce programs for children to maximize their potential,” shared CBN Asia’s EVP-COO and Oyayi Director, Robert John Tan.

The Oyayi Season 1 DVD Set has been out and CBN Asia is in the process of preparing a teacher’s guide that will go with the DVDs and to help the educators use the Oyayi in the classrooms.

CBN Asia is now preparing for its 2nd season that is planned to come out on 2018 and is partnering with other organizations with the same advocacy to further its goal.

Oyayi is based on a storybook for children written by Fernando Rosal Gonzalez.